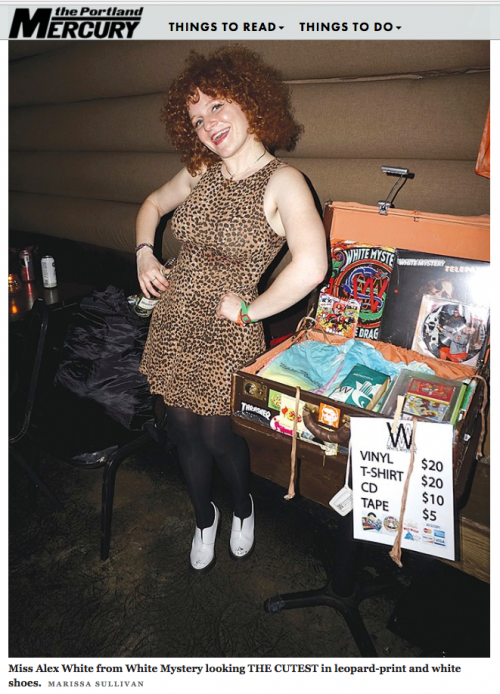 I’m going to be real honest with you: Sometimes when I’ve got a deadline looming, and nothing exciting is happening that I want to document, I PANIC and go on ye ol’ Facebook to search for fun events. And guess what? I found an event I really wanted to cover—the Hinds/Twin Peaks show at the Doug Fir. (Thanks, Facebook!)

Hinds are an adorable four-piece all-female band from Madrid, and they’re… well, they’re stylish, okay? So I just knew a lot of similarly well-dressed peeps were likely to show up! On the other hand, Twin Peaks (@twinpeaksdudes) are a five-piece from Chicago that are… well, they’re dudes. Dudes who party… hard. They’re young AF and act like it on stage. I really love their album Down In Heaven but one might assume they don’t care what they sound like live. That’s not a complaint; they were amazing to watch! In fact, the main guitarist/vocalist was so wasted when he took the stage, he could barely open his eyes. I thought for sure they wouldn’t make it through the set, but not only did they make it, the singer downed three more beers, and actually seemed to get better as he went along. In short, it worked! (Individual results may vary.) He was wearing a polo shirt and baggier jeans, with a Beatles-esque haircut and verrrry prominent eyebrows. I was getting major Liam Gallagher vibes, and loved every second of it.

Anyway, the following cuties were there to catch the bands, or maybe just kick it around the fire pit.