“Birthed through an explosion,” Red Bull 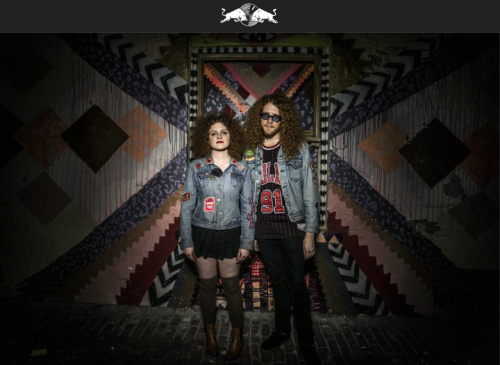 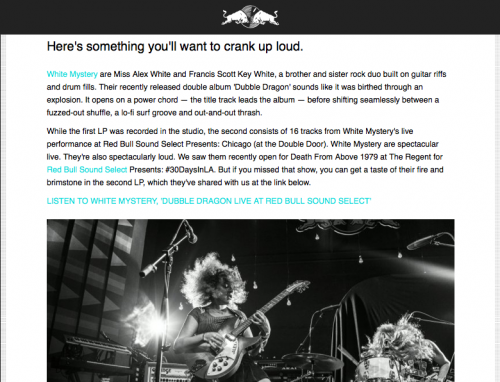 Did you know that White Mystery DUBBLE DRAGON disc two “Live at the Double Door” was recorded at a Red Bull Sound Select concert in Chicago?

“Here’s something you’ll want to crank up loud.

White Mystery are Miss Alex White and Francis Scott Key White, a brother and sister rock duo built on guitar riffs and drum fills. Their recently released double album ‘Dubble Dragon’ sounds like it was birthed through an explosion. It opens on a power chord — the title track leads the album — before shifting seamlessly between a fuzzed-out shuffle, a lo-fi surf groove and out-and-out thrash.

While the first LP was recorded in the studio, the second consists of 16 tracks from White Mystery’s live performance at Red Bull Sound Select Presents: Chicago (at the Double Door). White Mystery are spectacular live. They’re also spectacularly loud. We saw them recently open for Death From Above 1979 at The Regent for Red Bull Sound Select Presents: #30DaysInLA. But if you missed that show, you can get a taste of their fire and brimstone in the second LP, which they’ve shared with us at the link below.”