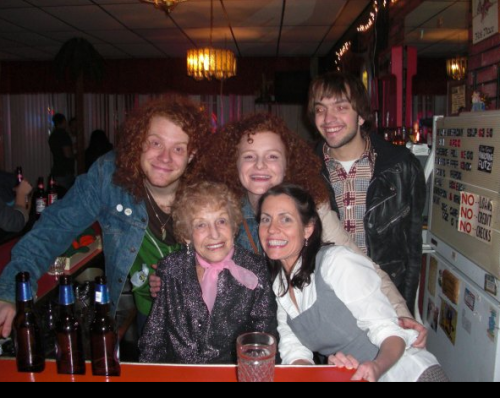 The first January Fan Appreciation Party was a free double header at an old lady dive bar on Chicago’s northwest side called Flo’s Algier’s Lounge. We played two sets that night along with Johnny & the Limelights, and even Hot Machines made a surprise appearance. Click here for the photo album. 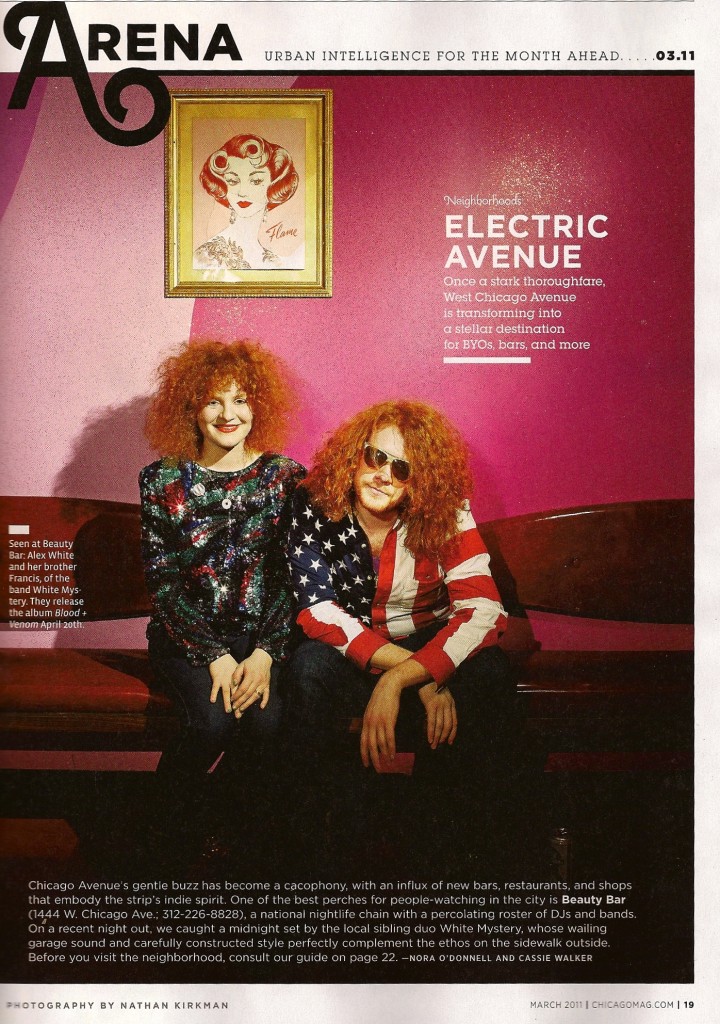 This free show was one of the first concerts at the Beauty Bar in Chicago, which featured White Mystery, the all-girl band Squish, free pizza and PBR. 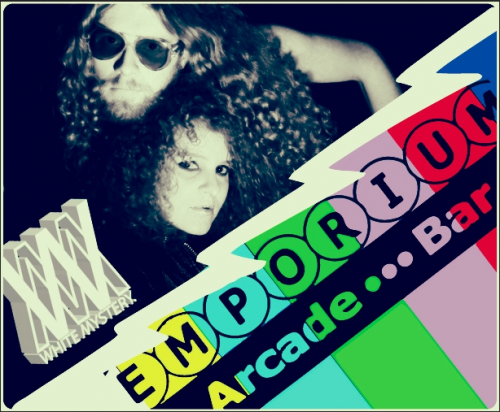 The White Mystery Rock’n’Roll Arcade Extravaganza was a gang busting game breaking record beating awesomeness! Those who came early and beat the rush were treated to Piece Pizzas, beer, Cutty Sark whiskey, and game tokens at the then-brand new Emporium in Chicago.

Free pizza, free booze, and weird toys at the White Mystery “Farewell to Uncle Fun” January Fan Appreciation party, organized by Do 312 and White Mystery at the Empty Bottle on January 11! Click here for photos. 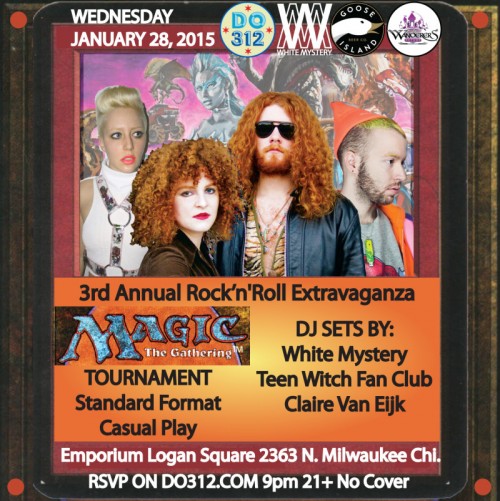 The 3rd Annual White Mystery Rock’n’Roll Extravaganza featured a Magic the Gathering tournament, White Mystery DJ sets, and tons of free treats from our friends at Do312. Click here for photos.